The Impalas are best known for their 1959 hit "Sorry (I Ran All The
Way Home)". "Woodchuck Song" comes from the album of that name: 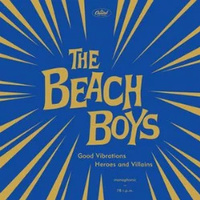 Great track! Doo wop is the business. I remember reading that the thump in the chorus began life as a door slamming somewhere in the studio building and it sounded so right they made it part of the song!

This song from 1952 features in the film Brooklyn, which we watched last night:

Had this song on my mind during the walk this morning, when we bumped
into a dog we usually see barking enthusiastically at us from a window.
Patti Page sang the original but Lita Roza took it to #1 in the UK in 1953.

The Fascinators are new to me. That said--doo wop for ever!

Early days now. From 1951, this is Frankie Laine and the chilling "Jezebel":

Mr. K wrote:Early days now. From 1951, this is Frankie Laine and the chilling "Jezebel":

Endless Harmony poster kirkk has recently backed Wanda Jackson on keyboards, which means that he's one handshake away from all the great '50s rock'n'rollers!!!

This is "Mean, Mean Man" which curiously was a top 40 hit in the UK only. Ms Jackson would have to wait until 1960 for her big transatlantic hit, "Let's Have A Party".

Heard this ancient classic blasting in a market hall in Pickering, Yorkshire.

With all due respect to DGQ, it looks like I'm stranded in the jungle that is Smiley:

I heard this today on BBC Radio 3 during their "Sounds of the Earth" feature which today came from the swamps of Louisiana. I'd often read about Phil Phillips's "Sea Of Love" but never heard it until today. Love that bass voice and the shift up to A major in the 11th bar.

Believe it or not (and check out JH's BB harmonica video if you don't), the singer you hear on "Flyin' Saucers Rock And Roll" plays harmonica on "Help Me, Ronda"! 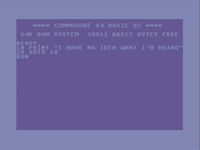 This sounds like it comes from space now; I can't imagine what it must have sounded like in 1959!

BobLucas wrote:This sounds like it comes from space now; I can't imagine what it must have sounded like in 1959!

Mr. K wrote:
That's gorgeous! I'd seen it mentioned as a possible first instance of "tape flanging" (as I believe it's called) but never heard it. Thanks, Bob.

I’m pretty certain it’s the first intentional use of flanging.. Les Paul and Mary Ford have the crown for the first recorded instance iirc.
It’s a fantastic record, it was a pretty respectable hit at the time with quite a few covers going throughout the 60’s, I can’t see how it became such an obscurity!
_________________
<Something witty so I can see if signatures are visible>